Cool Roofs: The Secret Weapon In The Battle Against High Cooling Costs 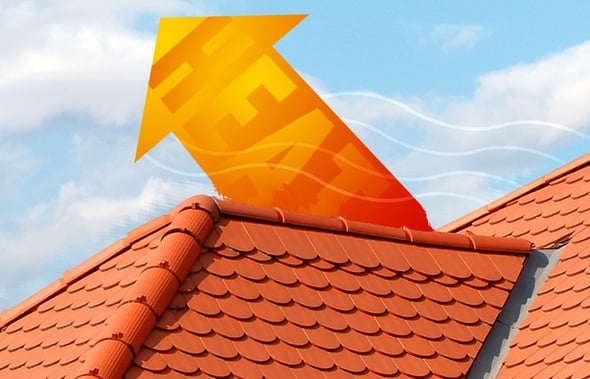 In the battle against summertime sun, your roof is at the tip of the spear.

With average high temperatures reaching triple digits during the summer months, Las Vegas can feel like an oven. And as the sun's rays bake down on your roof, your cooling costs rise.

But what if you could transform your roof into a shield strong enough to reflect sunlight? What if your roof could actually help cool your home, reduce energy consumption and cut your maintenance costs?

You can, thanks to "cool roofs."

What is a cool roof?

Cool roofs are designed to do two things: reflect sunlight and cool themselves. They are typically made from highly reflective paint, a sheet cover or highly reflective tiles and shingles. Green roofs are also considered "cool" because they are covered with basic plants or gardens, which provide insulation and tend to result in lower cooling costs.

How do cool roofs work?

Cool roofs are the equivalent of choosing to wear a white T-shirt rather than a black one on a hot, sunny day. Like a white T-shirt, cool roofs reflect more sunlight and absorb less heat.

In short, when solar energy from the sun hits a cool roof, much of the energy is reflected back into the sky rather than being absorbed into the building.

A standard roof can reach temperatures of 150 degrees or more in the summer sun. A cool roof, however, so effectively emits radiation that it will be 50 degrees cooler.

What are the benefits of a cool roof?

Cool roofs benefit both homeowners and the surrounding community.

Homeowners save money on cooling costs because they don't have to run their air conditioners as long or as often. Areas of homes that aren't typically air conditioned--garages, or covered patios, for example--are also cooler, making them much more comfortable. And because the roof temperature is typically lower, maintenance and replacement costs are kept in check.

The community benefits from cool roofs, too. Cool roofs in urban areas can actually reduce outside air temperatures, which can rise due to what's known as the "urban heat island effect."

Should you consider a cool roof?

Cool roofs are good for the environment, but at the end of the day, it's all about comfort and cost-savings for homeowners.

To talk about your roofing options, connect with First Quality today.

Face Your Top 3 Home Improvement Challenges With Confidence >>
All posts