Why it Usually Pays to Buy, Not Lease, Your Solar Energy Installation 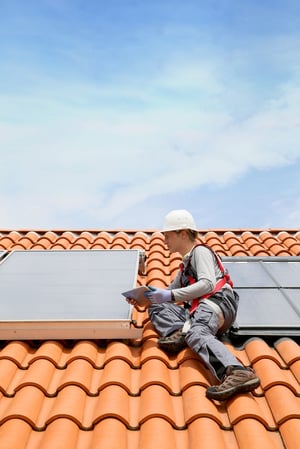 If the First Quality Roofing & Insulation team has heard the sales pitches from companies hoping to lease solar panels to Las Vegas residents, we assume you have, too. Before you do anything rash, be sure to gather all the facts. In most cases, leasing isn't the smarter choice. As Consumer Reports puts it, “Buying solar panels requires an investment and more decision-making than leasing, but over the long term the benefits of owning your system are hard to beat.”

Who could blame you for being attracted to the idea of equipping your home with solar panels? Also known as rooftop photovoltaics, they absorb the sun's rays to power a home with electricity. They're particularly well suited to homes in Nevada, which is one of the sunniest states in the country. And they can help reduce your monthly electric bill by as much as 40 percent while steadily reducing your dependency on an external energy source.

The initial investment in solar panels doesn't come cheap – usually in the range of between $15,000 and $30,000, according to Energy Sage, an environmental advocacy group.

This is precisely where some companies hope to sway homeowners with a lease. Pay a small amount or next to nothing upfront for a solar energy installation, they say, and spare the high cost of ownership. This rallying cry should be your cue to look hard at both sides of the equation.

Consumer Reports doesn't mince words when it says that leasing “isn't a bright idea” because:

“Going solar” is one of the most exciting movements to sweep the country, and the First Quality Roofing & Insulation team is thrilled to be part of it. We realize that solar panels aren't for everyone, but if you think they might be right for you, call us at 702-262-7847 for a consultation.

Tile Roofs vs. Shingles: What’s the Big Difference for Your Roof Replacement? >>
All posts