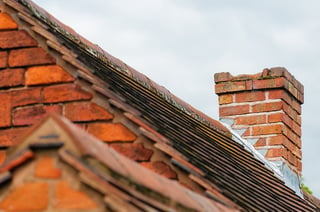 reasonable way to rid your fireplace of creosote – that black, sticky substance that results from burning wood: You take a chemical compound – a powder or a liquid – and pour or spray it onto a fire. As the fire burns, it supposedly breaks down that residue and minimizes future buildups. And this is a good thing because creosote is highly flammable and only a small amount can trigger a chimney fire.

Before you run to your favorite home improvement store and purchase such a compound, heed the advice of the experts. They say there is no substitute for an annual chimney sweep to tackle three hazards in particular: fire, the deterioration of your chimney and carbon monoxide (CO) poisoning.

While many people were enjoying visions of sugar-plums last December, First Quality Roofing & Insulation was thinking about our customers' chimney safety. This is why we published the article, “Did Santa leave a reminder next to his plate of cookies? It could be time for a chimney sweep.''

This article explained the purpose of a professional chimney sweep is to remove soot and creosote, usually with a shovel or professional-grade vacuum. We also pointed out that the National Fire Protection Association and the Chimney Safety Institute of America recommend homeowners schedule an annual chimney inspection, which may or may not lead to a chimney sweep. It depends on the amount of creosote that has accumulated since the last chimney sweep.

The CSIA correctly notes some professional chimney sweeps use chemicals in conjunction with the mechanical brushing of a chimney. But it urges homeowners not to use the chemicals “to the exclusion of conventional chimney inspections and cleaning.”:

With Santa long gone, leave it to First Quality Roofing & Insulation to inspect your chimney. We'll eliminate any hazards so only visions of sugar-plums dance through your head – all year long. Download our guide of Questions to Ask When Choosing a Roofing Company for more tips.

<< Making the Most of Your New Year's Resolution: Saving Money

Tips for Picking Your Home’s Roof Color >>
All posts