Should You Repair or Replace Your Shingle Roof?

Shingle roofs may last 15-30 years depending on location and other factors, but many sustain damage even before they reach 15 years. Fallen branches, high winds, hail, and other perils can significantly damage roofs. If your roof has been damaged recently, consider these factors as you decide whether to repair or replace the roof. 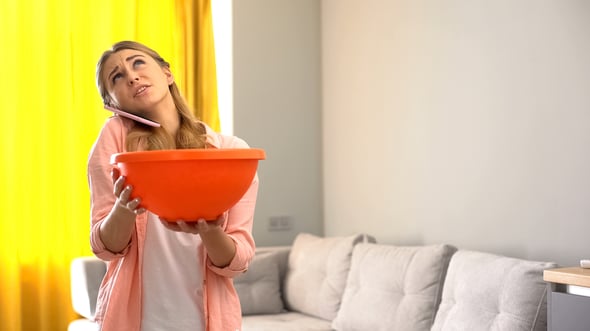 The Portion of Roof Affected

How much of your roof has been damaged directly impacts how much repairs will cost. Should enough of your roof be damaged that repairs costs become a large percent of what replacement would cost, you might want to replace the roof instead.

Before deciding to replace or repair, you should have a licensed roofer inspect the roof. Sometimes there’s damage that’s not visible, and other times the damage isn’t as extensive as it might appear. A roofer can tell you exactly what portions of the roof have been affected.

The Age of the Roof

As a roof reaches the end of its expected life, replacement should be considered more strongly. There’s little reason to repair a roof that’ll have to be replaced in just a couple of years anyway.

Most shingle roofs have life expectancies of 15 to 30 years, depending on shingle quality, installation, weather, and other factors. A roofer can assess how much longer your roof may last, and then help you decide whether to repair or replace it accordingly.

The Condition of the Roof

The worse the condition of your roof is, the more likely you should consider replacing it rather than repairing it. Again, this is an evaluation that a licensed roofer can help make.

Get Your Shingle Roof Evaluated

If your roof has recently been damaged, contact us at First Quality Roofing. We’ve been in the roofing business for a long time and we’re fully licensed. One of our knowledgeable team members can come out to evaluate your shingle roof’s damage, and then recommend repairing or replacing based on their assessment.

<< 8 Tips to Prevent Roof Damage During the Winter Season

Prevent Winter Roof Damage With These 4 Essential Tips >>
All posts