Understand the Benefits of Recycling 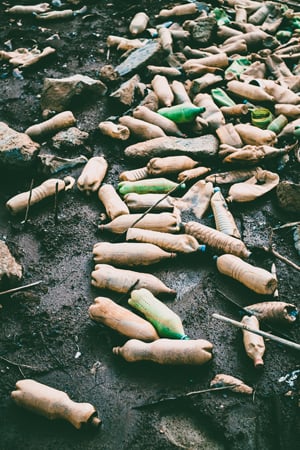 Recycling plays an important role in improving the natural quality of the earth and reverses some of the damage humanity has caused, but how exactly does it do this? Beyond the simple statement of "recycling saves the planet," it is important to understand exactly what recycling does and what the overall benefits are. Here are several critical points of interest for just how important recycling is.

Cuts Down on the Amount of Plastics Ending in the Ocean

It's difficult for many people to fathom just how much plastic junk is in the ocean. There is between 4.8 and 12.7 million tons of plastic entering the ocean every single year. So much garbage has gathered in the Pacific Ocean it actually has a name (the Great Pacific Garbage Patch). It's also referred to as the Pacific Trash Vortex. These are formed because of how the ocean circulates within given areas, but unless something is done about this garbage (most of which is plastic), it will only become worse.

10 percent of all plastic manufactured worldwide ends up in the Ocean. This makes recycling instead of throwing away critical toward the overall health of the planet.

According to the EPA, there are over 757,000 jobs built on recycling. This accounts for $36.6 billion in wages and $6.7 billion in taxes funneling into the government. On average, each job pays $76,000 annually, so not only does the sector creator a number of jobs, the jobs are higher paying.

The production of materials such as plastics pumps a considerable amount of dangerous material into the atmosphere. Reusing and recycling plastics drastically cuts down on the number of unhealthy byproducts produced during the manufacturing process. So while the globe likely isn't ready to completely eliminate its reliance on plastics, it can be reduced.

Cuts Down on Energy Consumption

With the reduction of energy required to produce new materials, it helps cut down on the amount of oil and other forms of energy imported from regions around the world, including the Middle East and Russia.

Nobody will ever deny the importance of recycling. But it is important to understand the different benefits associated with it. Yes, it "makes the planet better," but it is so much more than the simple statement. From improving air quality and cutting down the amount of garbage ending up in the ocean to creating new jobs, each one of these points of emphasis are reasons why you should not only recycle, but take it seriously and do your part to cut out materials that are not recyclable from routine purchases.

Photo by Simson Petrol on Unsplash

<< Why Should You Care About Roof Maintenance?